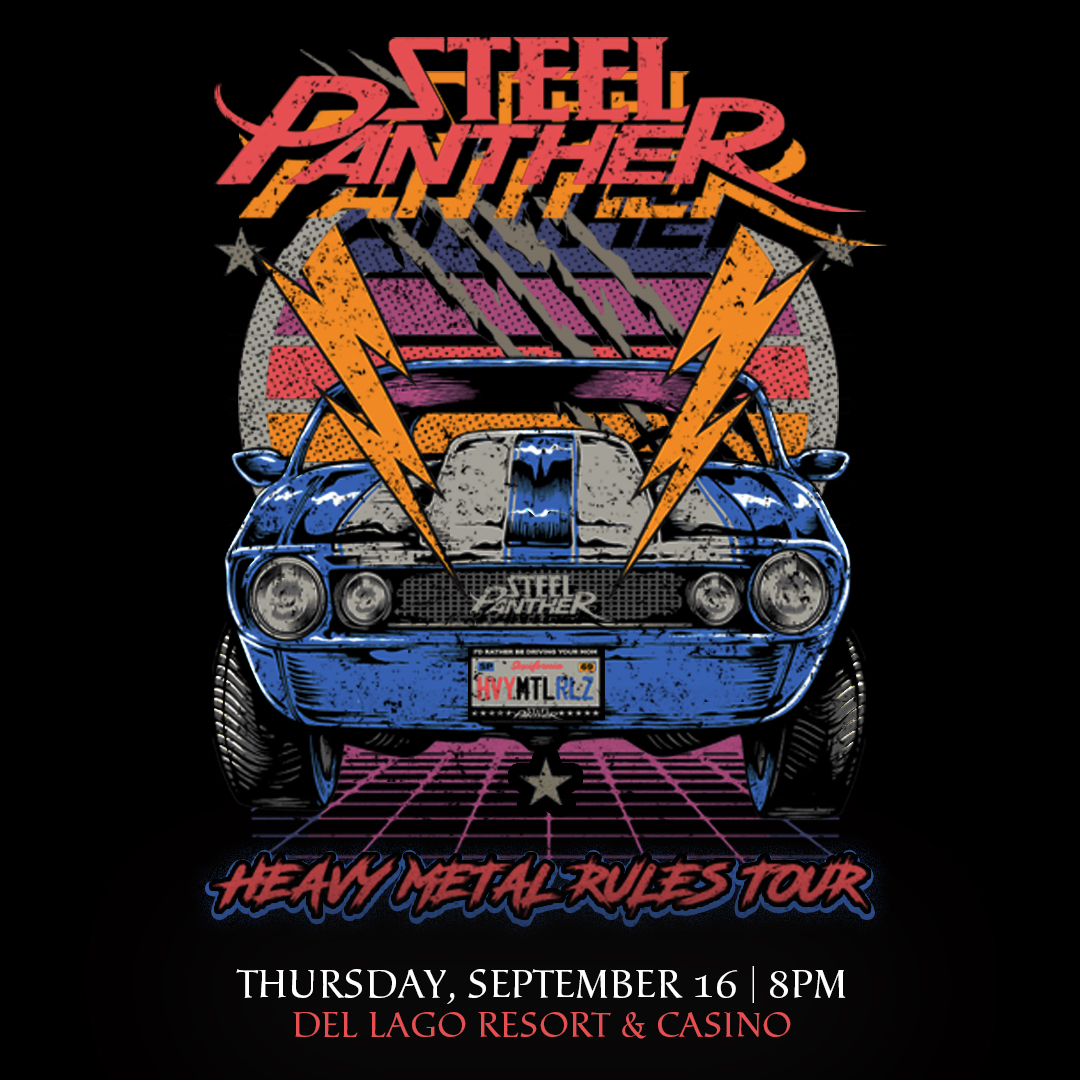 This show contains adult content and may be offensive.

With sold-out headline shows and numerous festival appearances globally, Steel Panther is known as one of the best live bands performing today. The show on September 16th, 2021 will be full of Steel Panther classics and hilarity. Songs like “Community Property,” “Death To All But Metal” and later hits like “Poontang Boomerang” and “Let’s Get High Tonight” have become fan favorites and concert highlights. Attendees may even find a few surprise covers will make their way into the set.

“If you think you have seen Steel Panther live before, you have never seen us like this. Come join us in our quest to return heavy metal music to the top of the mountain of all musical styles….and yes that also includes jazz flute. Go get your tickets now. You are not going to want to miss this show”

Recently, Steel Panther decided to pay tribute to the legend Eddie Van Halen in the best way they know how - by going back to their cover band beginnings. The band recorded their interpretation of the seminal tunes “Beautiful Girls” and “D.O.A.” from the classic album Van Halen II. The songs have been some of Steel Panther’s favorites to play live and that became the inspiration to record them after all these years. The tracks are available via all streaming and digital platforms and the band filmed quarantine style music videos for each track. Everything for “Beautiful Girls” and “D.O.A.” can be found here: https://lnk.to/SP_beautifulgirls.

More information for all things Steel Panther can be found at www.steelpantherrocks.com.

For the uninitiated, Steel Panther was formed in 2000. Hailing from Los Angeles, the epicenter for rock n’ roll in all its debauchery and glamour, Steel Panther has established themselves as the world’s premier party band, melding hard rock virtuosity with parody and criminally good looks. Steel Panther is a global phenomenon with four full-length albums, touring across the world, platinum-level You Tube status and high-profile television appearances such as Jimmy Kimmel Live, Larry King Now, and FOX NFL Sunday.