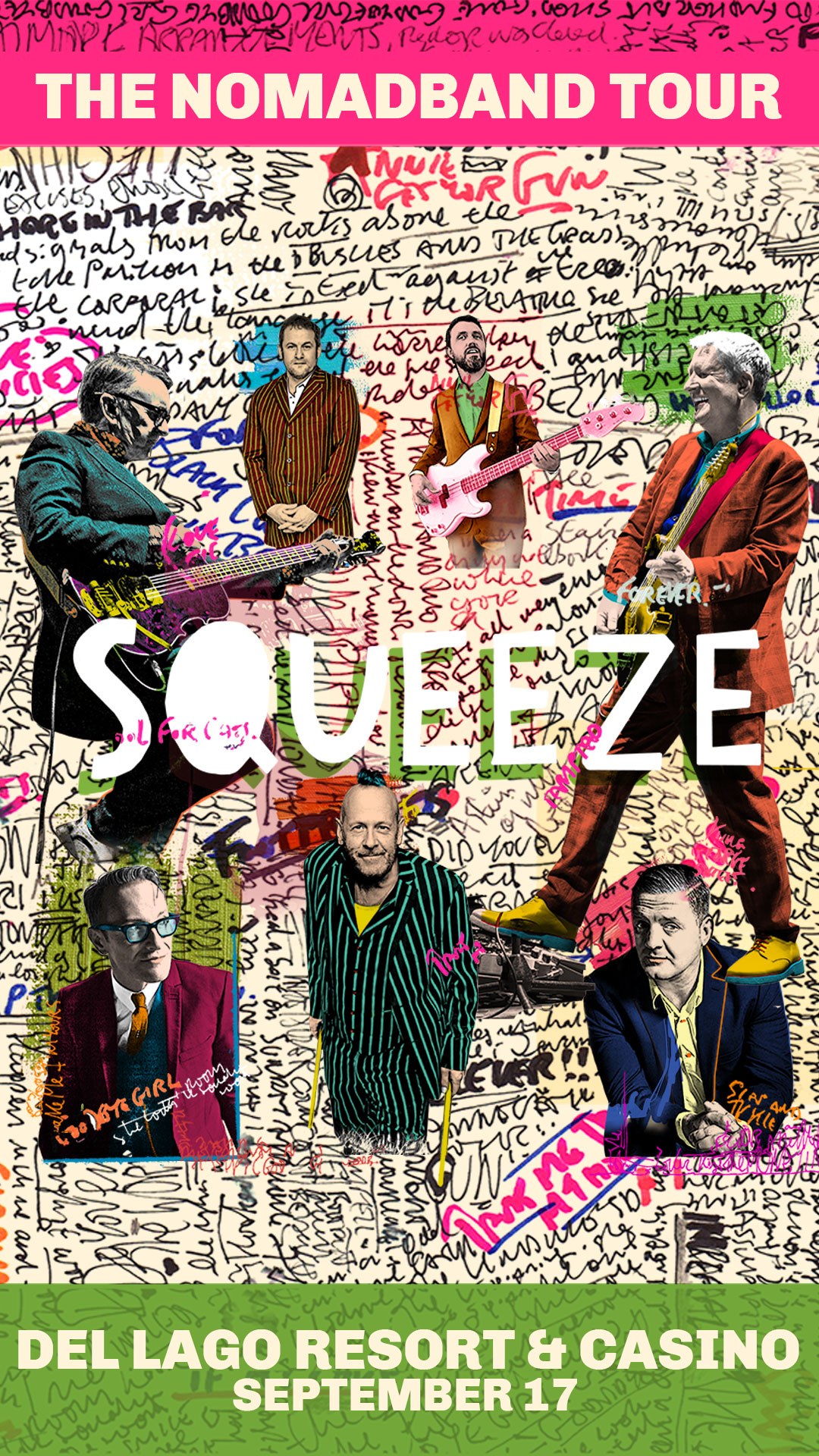 Squeeze first formed in 1973, shortly after Chris Difford and Glenn Tilbrook had begun their songwritingpartnership, brought together by an ad in a sweetshop window. By 1977 they had made their recording debut and enjoyed a string of hits which lasted until 1982, the maturity of their songs outliving their initial burst of chart activity on the back of New Wave. Over the years there have been solo careers and occasional separations, but the Ivor Novello Award-winning songwriting duo Chris and Glenn reunited tenyears ago to relaunch Squeeze and have been touring, writing and recording together since.2015 saw the release of the critically acclaimed ‘Cradle to the Grave’ which was written as a soundtrack to Danny Baker’s BBC TV sitcom ‘Cradle To Grave’ (starring Peter Kay). This album marked the complete and, frankly, triumphant reintegration of the masterfulsongwriting axis of Chris Difford and Glenn Tilbrook, in a beautifully-observed series of fond vignettes about childhood, growing up and the absurdities of the ride through life we’re all on.The band has long been a captivating live act, and in 2016they triumphed on the Pyramid Stage at Glastonburywith The Guardian saying they “[went] down a storm... Squeeze’s success is a pretty infectious thing” and Acoustic magazine concluding that “they don’t have the bombastic hype of headliners Coldplay, but they have the songcraft and lyrical majesty to leave the headliners in the dust which they duly did.”