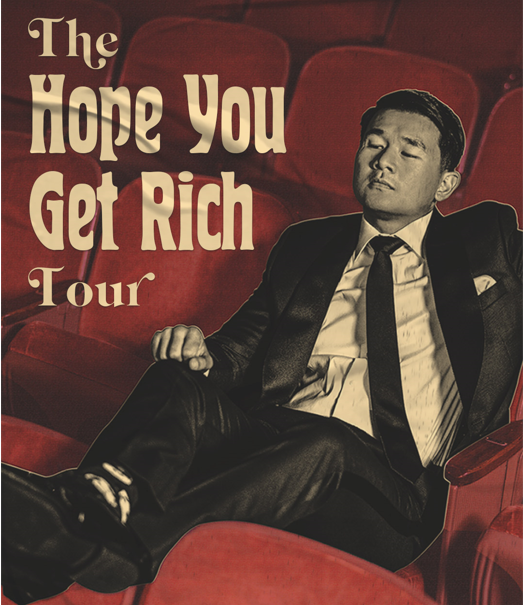 Ronny Chieng is a stand up comedian, actor and Correspondent on the Daily Show with Trevor Noah. He was also one of the stars of the worldwide hit movie Crazy Rich Asians and has appeared on the Late Show with Stephen Colbert, the Tonight Show with Jimmy Fallon, the New York Times, and GQ.

Ronny co-wrote and starred in his own sitcom “Ronny Chieng: International Student” which is currently airing on Comedy Central and Netflix. In December 2019 Ronny released his debut smash hit Netflix Stand Up Comedy Special “Asian Comedian Destroys America”. He firmly believes there is absolutely no way anyone is reading this.

Must be 21 years or older to attend shows

No refunds or Exchanges