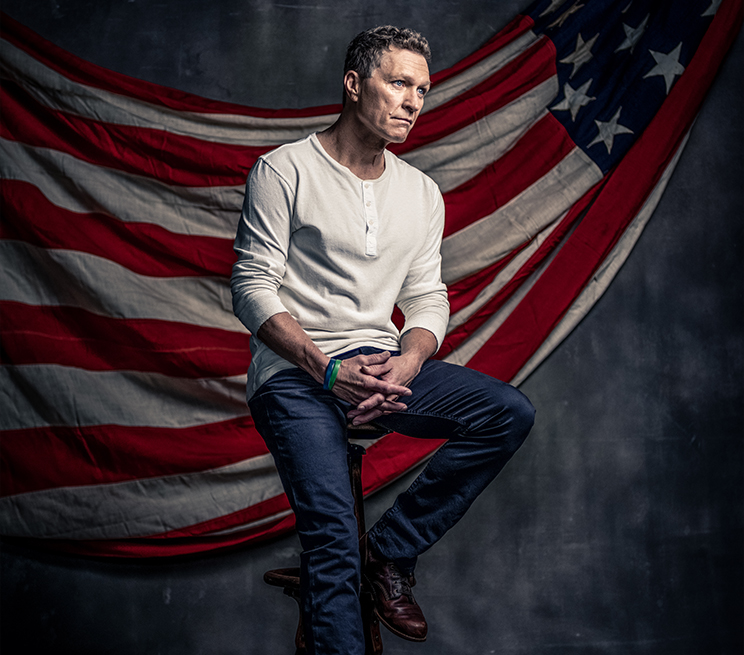 Must abide by local, state and federal mandates and guidelines

All sales final. No Refunds or Exchanges


A multi-faceted entertainer, Craig Morgan has made a name for himself as a country music icon, TV personality, celebrated outdoorsman and patriotic Army veteran. One of country music’s best-loved artists, Morgan has charted 25 songs on Billboard and thrills massive crowds with signature hits including “Bonfire,” Almost Home,” “Redneck Yacht Club,” “International Harvester,” “This Ole Boy,” “Wake Up Loving You,” and the four week No. 1, “That’s What I Love About Sunday.” Most recently, Morgan released his first new music in over three years, the faith-filled tribute to his son Jerry — “The Father, My Son, And The Holy Ghost.” The song hit No. 1 on iTunes All Genres Top Songs chart as Blake Shelton led a viral campaign that gained support from the entertainment community. He’s reunited with BBR Music Group’s flagship label Broken Bow Records, his record label home from 2002 to 2008, for upcoming new music.

Craig received one of country music’s highest honors when he was inducted as a member of the Grand Ole Opry in 2008. Prior to becoming a country music star and TV sensation, Morgan spent seventeen years serving our country in the Army and Army Reserves. Morgan remains an avid supporter of America’s military personnel and has made 16 overseas trips to perform for our troops. He is a recipient of the 2006 USO Merit Award and in 2018 was awarded the Army’s Outstanding Civilian Service Medal, one of the highest awards the Department of the Army can bestow upon a civilian, in recognition of his significant dedication to our military men and women around the world.

In 2017 Craig debuted The Gallery at Morgan Farms, a family-owned and operated farm-to-home business in his hometown of Dickson, TN. The store features a variety of artisan items handmade by Craig and his family.

2020 will bring a new project on Broken Bow Records and the premiere of Craig’s World on Circle Network. The series, launching March 5 at 8pm/7pm central for the first of 10 original episodes, follows Craig at home and on the road as he and his tight-knit family navigate triumphs and challenges while developing businesses, writing hit songs and balancing a country music career.