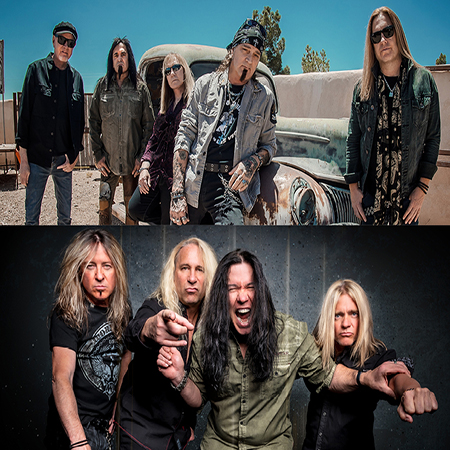 Two of the best rock bands of all-time, Great White + Slaughter combine forces at The Vine!

Great White
For a band to continue to thrive 40 years in the music business, the mantra must be, these songs are bigger than any one member. GRAMMY nominated hard rock legends Great White are adding onto that line with the saying: expect the unexpected. It’s rock and roll, baby. The peaks and the valleys haven’t stopped– nor has the music. Great White’s ride runs deep and its passion for the music goes beyond any depth.

Slaughter
1990 – SLAUGHTER hit radio, MTV and the U.S. touring circuit like a tornado- coming seemingly out of nowhere to roll through everything in its path and turn it upside down. Touring the world with bands that they loved, Kiss, Ozzy, and others meant the good times were just a song away, and their first hit single, “Up All Night” certainly fit into that mold, their second chart-topper, “Fly To The Angels” was more representative of the spirituality and awareness that goes into most of the band’s music and lyrics. But never were SLAUGHTER more accurately represented that live onstage in front of their legions of devoted fans over the last ten years.