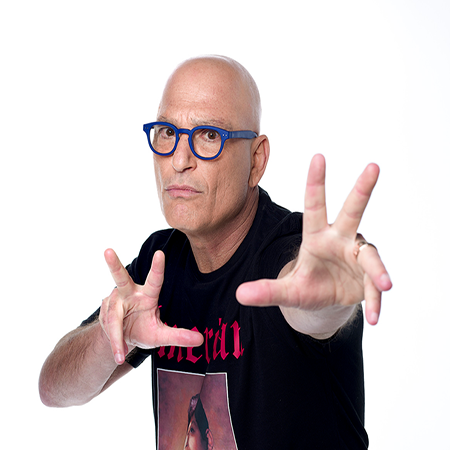 Howie Mandel has remained a constant force in show business for more than 30 years. He can currently be seen on NBC’s flagship series America’s Got Talent where he has served as a judge for eleven seasons. He recently finished production on his new documentary Howie Mandel: But Enough About Me. Other recent projects include judging NBC’s America’s Got Talent: The Champions, CNBC’s Deal or No Deal where he served as executive producer and host and Nat Geo Wild’s Animals Doing Things where he co-hosted with his son Alex. He also executive produced the Quibi series Kirby Jenner. In 2019, he released his first solo special in 20 years Howie Mandel Presents Howie Mandel at the Howie Mandel Comedy Club.

In 2020 Howie teamed up with ePlay Digital Inc. and launched the charity, Breakout the Masks, and mobile game campaign to give back to those involved in the fight against COVID-19. Via Howies’ Games the first challenge is Outbreak where players’ points translate to donations of N95 face masks, portable ventilators, gloves and other Personal Protective Equipment to doctors, nurses and more front-line workers. The second game SwishAR has users looking for America’s Got Talent’s, Howie Mandel, to join in a backyard basketball game to shoot hoops. Both games are available on the Apple App store and Google Play.