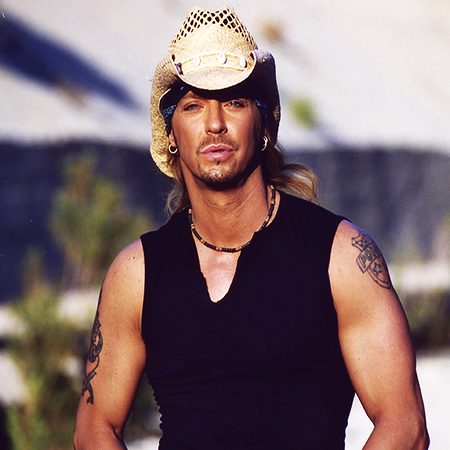 Bret Michaels is a multiplatinum global superstar who has turned his passion for music into a multi faceted brand that encompasses record-breaking touring sales, Reality TV stardom, legendary songs that have sold over 32 million records, product endorsements as well as being a devoted philanthropist, all supported and followed by three generations of loyal fans.

Bret was born in the small town of Butler PA on March 15, 1963. Rising to fame as the front man of Poison, one of rock’s most iconic and enduring bands, he helped define the rock n roll scene on the Sunset Strip. Their massive success includes selling over 30 million records worldwide and numerous hit singles. Equally as successful, Bret’s solo career has charted its own course with multiple solo albums. His last album, Custom Built, topped the charts, reaching #1 on Billboards Hard Rock list. His new cd Bret Michaels: Good Songs and Great Friends is set to be released in June of this year and features a myriad of legendary artists, who just happen to be great friends of Bret’s. The album contributors is a who’s who list including Joe Perry (Aerosmith) Loretta Lynn, Jimmy Buffett, Ace Frehely (Kiss), Michael Anthony (Van Halen) and members of Lynyrd Skynyrd, to name a few.

Michaels, personally and through his Life Rocks Foundation has helped raise tens of millions of dollars for charity and makes donations to not only diabetes awareness and research but to such causes as childhood cancer, wounded warriors, St. Judes Childrens Hospital, PetSmart Charities and more. Having been diagnosed with Type I diabetes at the age of six, Bret is passionately devoted to raise awareness of the debilitating disease in hopes of finding a cure. He has partnered with both the American Diabetes Association and the JDRF acting as a spokesperson and sponsor, earning him numerous awards from a variety of organizations including the ADA’s first ever Chairman’s Citation award.

All Sales Final, No Refunds or Exchanges
Standing Room Only does NOT include access to Orchestra PIT.